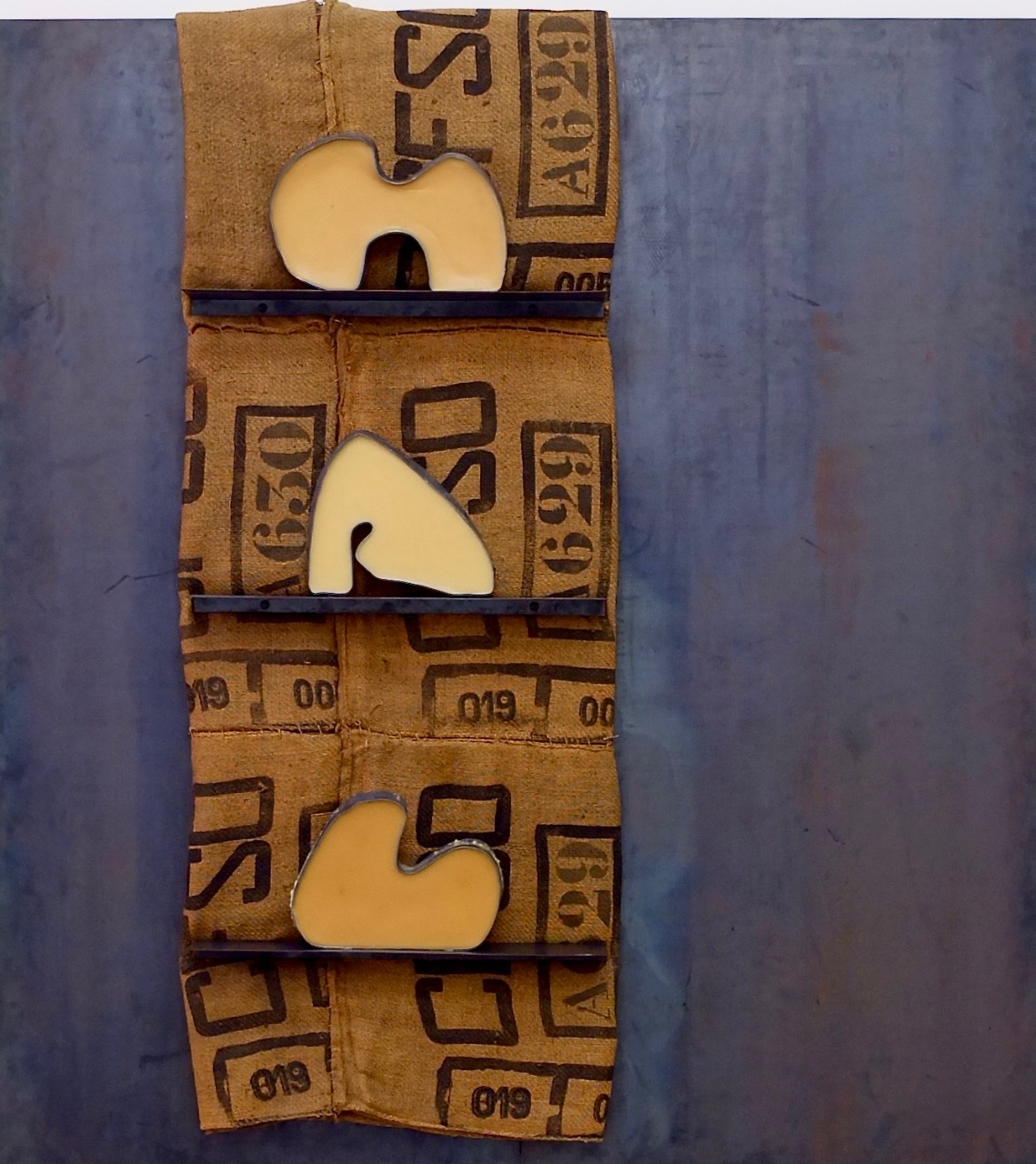 In another time and another space Burlap sacks filled with coal held close,  corseted at their waists, pinned to steel plates: A Tate modern aquisition. one of many works on a familiar theme each one a new gesture of similar intentions.

Here on the ground floor at Masons Yard is an embrace canvas wraps itself around brittle bricks of steel all held together by many threads on large metal plates. the essences of the Arte Povers movement. Wax steel wool wood natural fibers innocence of gesture the complex and the mataphysical. Michelangelo Pistoletto stated: " I believe Arte Povera was the last true movement, since then Artists have been individuals". As a group of individuals with a common doctrine they thrive they endure.

These works are elemental, as with "Sensa titolo 1996 Steel, lead, rags" The fabric is folded into taught fists pinched between two hefty steel girders holding within the metal the fabric that clothes and binds us.

In another place three oil lamps burn on a loop of luminiferous ether, old style Alchemy, and there's the thing with fire it flickers, bursts forth and blooms wiithin its' own muted fractal province here against the cold steel a costancy.

It is hard not think  of Beuys when confronted by work in this  the chosen media of Arte Povera, Beuys himself a relative of the movement. Now the metal and the fat and the lineage  in the open burlap sack. The shelved pale ochre battery drying giving off what? The simillar fumes the ghost stench intimate rancid on the air all around us.

I Love kounellis' work, love what it does for me, the all it changes, in another place.

Downstairs, the walls are posted with spartan philosophies, black stencilish numerology letters and symbols cover the canvases. There are many and their name is one. I cannot fathom the most of thiis crude syntax or what stops the letters and numbers from falling  and litter as leaves the gallery floor. The sticky ground on raw canvas holds this catastrophy in abayance.

Nothing, nothing stops them from falling to the cold concrete floor; The downstairs gallery is littered with these conundrums so. al in a cold grey space. 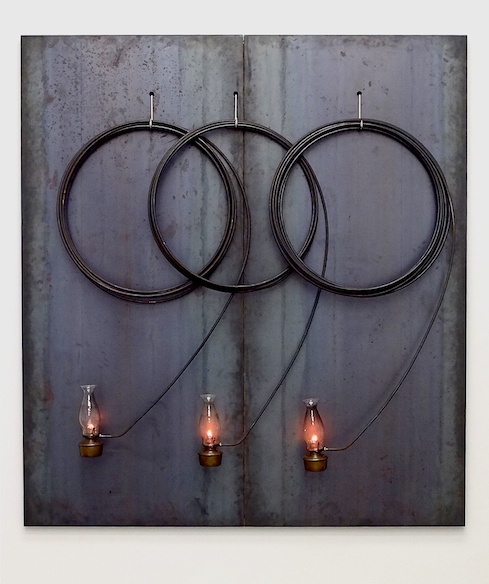 Our Tracy is amazing.

With not long left...poor old Bourgeois must have been past senile to have welcomed these tawdry narcissistic cack handed scrawls onto her work. BOOOOO!!! :)